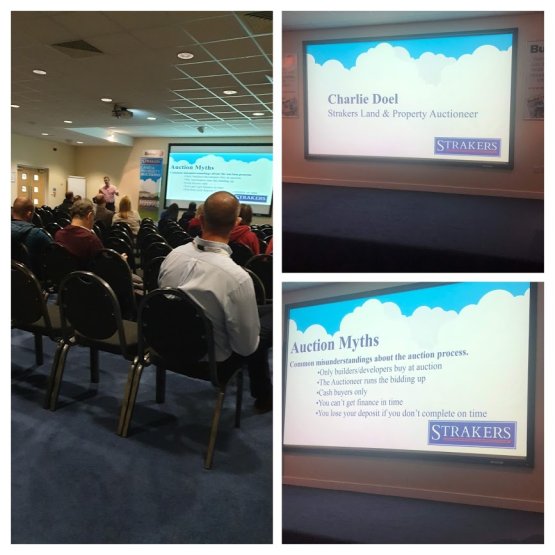 Charlie Doel took to the stage at the NSBRC


Strakers auctioneer Charlie Doel took to the stage at the National Self Build and Renovation Centre May Show over the weekend to talk through the do's and don'ts of an auction. There was plenty to cover with Charlie outlining the process of buying at auction and a checklist of things to do before bidding; Next on the list was answering the common misunderstandings & myths surrounding an auction, Finally, Charlie explained whether or not there was an art to bidding and concluded that in essence there isn't. He recommended that you go along to an auction beforehand to familiarise yourself with what happens on the night which will hopefully give you some confidence when it comes to your turn. He then went on to say it was better to get your bid in early to avoid the possibility that you could be missed if you left it until the very last minute.

The last bit of advice was to come with a figure in mind and not to exceed it, no matter how hard the auctioneer tries to push you.

For more information about the upcoming auction in Swindon on the 20th June, please contact the auction office here.